The below entry was written by NPH Leadership Student Nelson Alvarez about the emotional experience of meeting Pulitzer Prize-winner Sonia Nazario at an NPH event in Seattle.
Written In English By Nelson

What can I say? This experience started in one of our leadership meetings.  I said something about an article that I read on Univision, and it talks about a social issue, migration.  I was surprised by this article because this media shows quite relevant numbers about migration especially highlighting the children that every year cross the borders to find their mother that left them when they were 5 years old or less.  So when Kara asked me if I wanted introduce a writer, the main question that I had in my mind was “who is Sonia Nazario?”  And immediately I said yes. 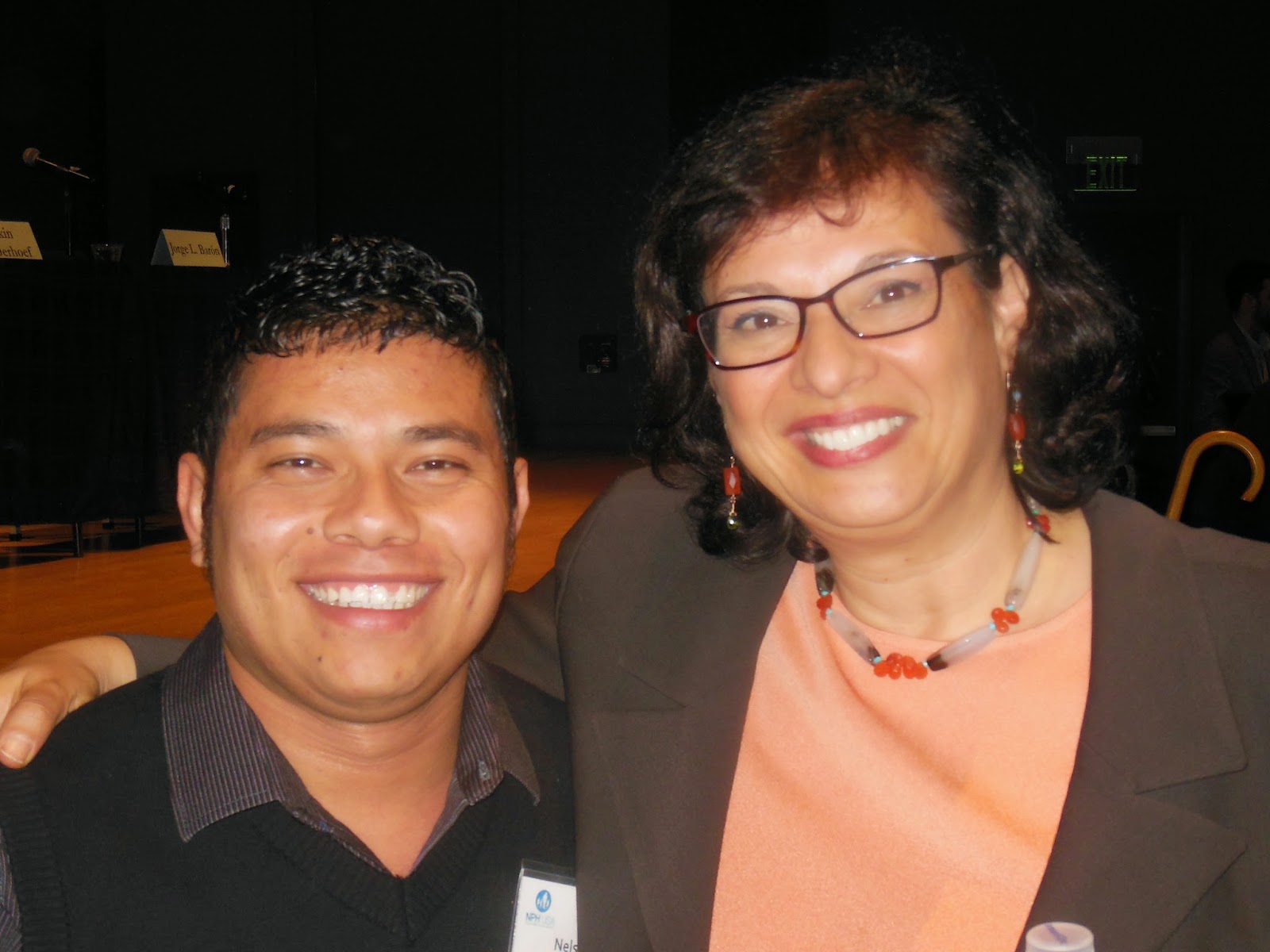 Then my host family gave me a brief biography on Sonia Nazario.  A few days later my host family bought me “Enrique’s Journey.”  When I started reading the book I did not want to stop reading this wonderful book. My experience reading Enrique’s Journey has been one of the most important in my life because this book talks about a reality that we are living now in our Central American countries, where thousands of children are traveling every year, crossing the borders to find their mother in the U.S., and we see that our governments do not do anything for these people, but I know that people from other countries are working hard for us.

I will never forget the day when I met Sonia Nazario on December 4.  When I met her I remember that I was reading my speech and she came in front of me and I said, “I cannot believe it.”  I could not believe what was happening in this moment because it was all so fast, but then I realized that I was talking with Sonia Nazario. Something that I always remember is a question that she asked me when we were talking before the conference. The question was: “Are you an orphan?”  And at the beginning I was laughing because of the directness of her question.  But my answer for her was, so I do not have mother and father, but I found a new family and this family is NPH. I think that NPH is my family because it always has supported me, always been there in my difficult and in my happy moments, and given me so many opportunities.

When I was at the podium introducing her, my first three minutes I felt nervous but then I felt comfortable because meeting her before the conference helped me a lot. This experience for me is one of the most important in my life, because I met a brave, courageous woman who is fighting for the people who do not have A VOICE IN THIS SYSTEM, and the poorest people, and I realize that there are people working for those people.

I learned that all the pain these people suffer to get to the USA is priceless, just because in our countries people do not have an opportunity to have their basic needs met, so this is the main reason why people have to emigrate to provide the best for their children, such as education, healthcare and food.

The experience of reading “Enrique’s Journey” definitely changed my way of thinking about this problem, and I realized the poorest people who do not have a lot are often the people who share the little that they have with each other.

This book connects to my life in many ways, first because the boy who she talks about is Honduran. Second because since he was a little boy his father abandoned him besides his mother. My case was the same  because my father abandoned me and my mother died when I was two years old, so both of us were abandoned by our fathers. It is why I say I, like Enrique, could have been one of the thousands children traveling every year crossing the borders.

I liked Sonia when I met her before the conference because she looks friendly, and I could talk about topics that I like to talk about. I really enjoyed having a conversation with Sonia Nazario especially because she knows the reality of my country.
Posted by info at 9:33 AM