The below is a powerful Christmas message from Fr. Rick Frechette, National Director, NPH Haiti

Only two weeks ago, on a cold and wet night, at this time of the year when the darkness of solstice heralds the birth of the Savior, a mother with nowhere to go, hovered timidly near our gate.

The night was pregnant with both danger and destiny, as was the night when Jesus was born. We ourselves were as unaware of what was happening, as was the world of 2000 years ago. In the darkness and quiet of night, God shapes the life of a new day, and God’s instruments are dreams, inspirations, intuitions, deep rest, and silent growth as we sleep.

In vain is your earlier rising, you’re going later to rest, you who toil for the bread you eat, when he pours gifts on his beloved while they slumber (Ps 127:2).

She was only a teenager. Her pregnancy was a scandal. She didn’t know where to go. There was no room for her at any Inn.

Her story was, once again, the story of Mary, lived out so many times throughout history.

It wasn’t a jealous king that didn’t want her child to live: it was her father and her boyfriend. It wasn’t by the teeth of the dragon of Revelations, nor the sword that brutalized the holy innocents, that her child was to die, but by the instruments of abortion.

This is what was ordered for her by the men in her life, and this is what she fearfully promised to do.
It is also why she hid from them for these last few months, until she quietly had her baby.

She could not end the life of her child. She was sure she could find a way for her child to live. Now the baby was born, but found no welcome in the world. For this woman to reclaim her own place in the world, it must be without her little girl.

She hovered by our gate, as the mother of Moses had hovered over the basket holding her son, in the river.

She watched for who and how and when her baby might be saved, as Moses mother had kept her eyes downstream, on the daughter of the king, bathing in the river. She chose carefully the moment when to release the basket, letting the river carry Moses to new life.

It was different for the mother at our gate. Her choices were poor, with grave error in her calculations.

And so the sunrise brought not the joy and promise of new life wrought by God during the night, but rather agony and death.

As Moses mother had later offered herself to the king’s court as a wet nurse for her own son, so this young mother returned later in the morning to discretely take news of her baby.

The news was terrible. The child was dead. There was lamenting and wailing in the street.

“A voice was heard in Ramah, weeping and loud lamentation, Rachel weeping for her children; she refused to be comforted, because they are no more” (Matt 2:18).

This story tormented me for days. I was a witness to the short life and sufferings of this baby, whose life we tried impossibly to save.

I am sure this story torments you. Our sadness would be multiplied if we knew how often this happens, if we knew how tough the world still is for young women of poverty and their children.

The birth of Christ is not a story oblivious to suffering and danger. Christ was born into this suffering, as light in the midst of suffering. At first His light was a tiny infant light, which God augmented and multiplied by a dancing star and legions of angels.

Let us thank God together that this is the heritage given us by the Christ Child. We are the bearers of light, holding high the bright lights of faith, of hope, of love.

This is our heritage, that by each of us offering our light, we have made the darkness of night as luminous as the Milky Way.

And even more, when we ask God to bless the light we all hold up together, God augments and multiplies our light, until even the darkness is radiant.

Let’s thank God together that for 60 years, we at Nuestros Pequenos Hermanos have built homes with this marvelous light, that we have been a beacon of hope for children in sorrow, distress and illness, and a safe haven for countless children over these decades, and their way to a stronger and happier future. Our homes are as needed today as they ever have been in our history. 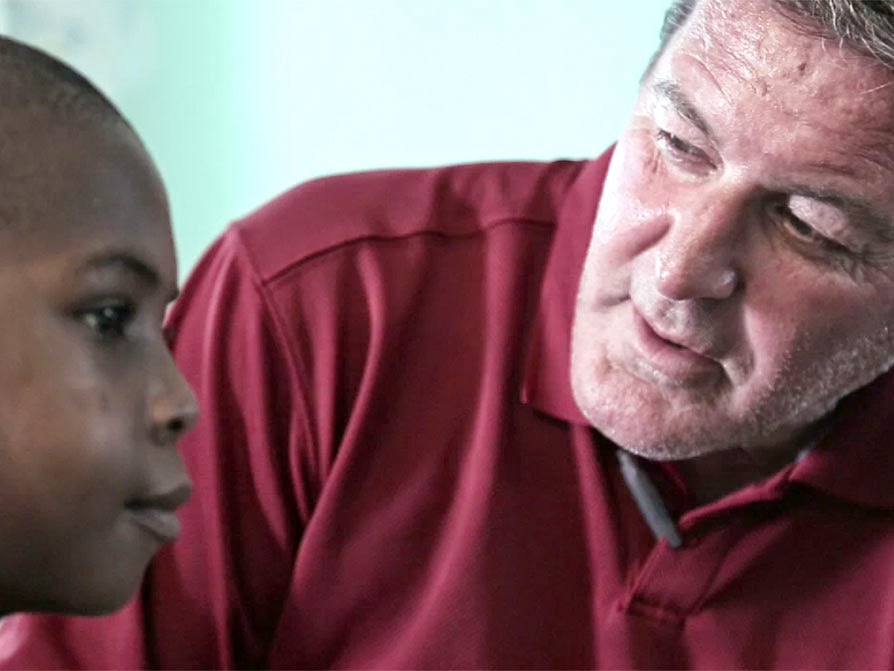 But let’s also not let our guard down. While the vast majority of the children who come to us for help do not suffer tragedy at our very gate, as did the baby girl of whom I write, the forces of darkness and destruction are not at all far from the doors of our homes.

With prayers for struggling mothers and anguished children all around the world at Christmas, let us hold our lights high and together, as one light, begging for and counting on God’s blessing, as we always have.

Thank you for being light for the children of Nuestros Pequenos Hermanos! Wishing you a very Merry Christmas and every blessing in the new year of grace, 2015.
Posted by info at 9:40 AM