A Reflection on Trust

Below is a piece written by former volunteer and current Upper Midwest Associate Board Member, Hunter Johnson.

Gaining the trust of a child at NPH isn’t always easy. While some kids run to you with open arms, becoming your best friend from day one, others don’t. For some it takes a consistent presence for them to confide in you, especially for older children.

This was one of the reasons moving back to the US was challenging for me. I felt that in my two years living at NPH, I’d invested so much time and energy into the formation of deep relationships with the children - children that I truly love - and now I was far away, no longer a part of their daily lives. It hurt. There was no way I could remain close to the children and be seen as a trustworthy presence while I was exactly not that - present. I thought my relationships would fade because I wasn’t living there and that there would be no chance for me to get to know new children.

But I was wrong.

Last March I returned to NPH Honduras for a short visit. During my stay, I spent many evenings with the same home where I had volunteered when living at NPH: a group 14-18 year-old boys. Many of the ones I knew well had gone on to high school, so the group had changed. It now consisted of different boys. I didn't know these ones nearly as well.

One particular night I spent with this group, a boy in the home was quite sick. He said he had trouble keeping his food down and felt pain in his stomach. He asked if I would accompany him to the on-site clinic. I went with him.

We walked to the clinic and he was given medication. He told me he was hungry since he had not eaten. Knowing by now that he had missed dinner in the home, I grabbed some cereal from my room and we sat outside and talked as he ate several bowls.

I was never close to this boy before.

By the time I walked him back to the home several hours later, I felt connected to him. And for the remainder of my visit in Honduras, we were close. I could tell the way his eyes lit up when he saw me that he greatly valued our quality time together, as did I. It’s amazing that this connection was made in just a fraction of one night.

So what has this taught me? My relationship with the NPH community did not stop growing when I returned to the states.


As I had previously thought, building relationships through consistent presence and familiarity is certainly an effective approach. But through my experience with this boy, I now know a new way: Gaining trust by responding to a specific person’s call for help and listening when they most want to be heard. This is equally, if not more important. And you don’t need two years to do it.
Posted by info at 11:25 AM No comments: 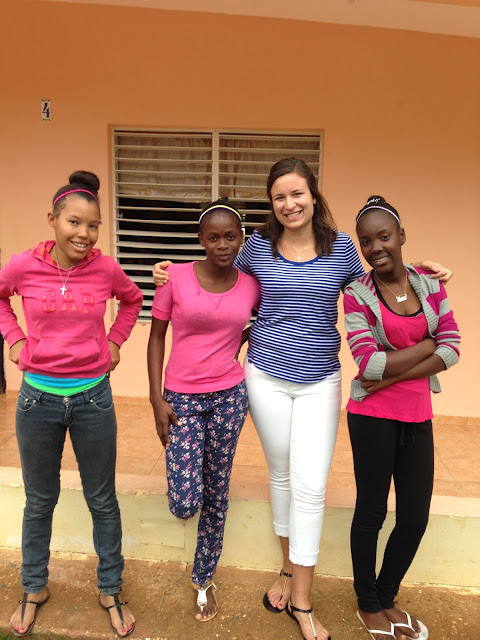 
When I think of how important NPH is to me, a million different faces, moments, and memories come to mind. I remember things from my first day in the Dominican Republic three and a half years ago all the way to the conversation I had with my parents’ NPH godchild yesterday, on the day of his graduation from high school. In the end, I realize that NPH has not only changed me, it is me.
Posted by info at 7:24 PM No comments: