The Promise of Honduras...

Below is a blog post by Dr. Jim Bruckner, a dedicated NPH USA supporter from the Northwest.  Thanks to Jim for sharing his experience visiting Rancho Santa Fe with his family last year!
I had the opportunity to visit the NPH Ranch outside of Tegucigulpa, Honduras in October 2016 with my family. The thing that struck me immediately about Honduras was the extreme poverty. Based on many previous conversations with young Hondurans I had the sense that the Honduran people are almost resigned to living that way because of the corrupt government that is in their way.  But after a few days I had the sense that Hondurans wanted something different.
NPH has clearly established strong and stable roots in Honduras and in my opinion it is doing something almost unprecedented.   NPH provides for orphans, abandoned, and abused children a stable home and a strong family.  NPH provides a promise that no matter what the hardship, there will always be a family for the children in their care. And through this promise, Honduran children are thriving and becoming doctors, nurses, teachers, plumbers, electricians and most importantly, leaders who return to NPH to fulfill the promise for the next generation of Hondurans.
At the NPH Ranch, I had the opportunity to have long conversations with three bright and capable young men, all part of the NPH family, one a teenager in high school; one a young adult and college student; and one a physician, now married raising his own a family. My godsons, Vilches and Nelson, and Dr. Merlin Antúnez, MD, were all raised at NPH-Honduras. They shared with me their care and compassion for their NPH brothers and sisters and their desire to give back to their family – in fact they all felt there was no other choice for them than to continue to build a better life in Honduras.  They believed in the future in Honduras.
Vilches, the teenager, is concentrating on high school, figuring out how to live more independently in the city, and chart his own path for the future. Nelson, now a young adult, has narrowed his academic focus, and is dedicated to completing his college degree and becoming a social worker. He has fully embraced service to others, and as part of his degree, has undertaken a fundraising effort for school supplies for needy children in his rural hometown.
Dr. Merlin, one of the first pequenos at NPH to go to college, became a physician, was subspecialty trained as an orthopaedic surgeon, and returned to NPH as the surgery center director. Dr. Merlin is a remarkable example of the NPH promise. The reputation of the surgery center speaks for itself. It is one of the finest in Honduras. Through Dr. Merlin’s leadership at surgery center, many Hondurans have experienced a level of healthcare that has never been available to them. Community members are beginning to learn that there is a better way to live. That sort of cultural change takes time to produce meaningful impact, but I heard in the words from Vilches, Nelson, Dr. Merlin, they all believe change is happening.
As the father of three sons, I know the dedication and challenge it takes to raise boys to become good men and to instill in them the commitment to family, to community, and ultimately to country. I am proud to say that because of the dedication of so many in the NPH-Honduras family, together, we have raised Vilches, Nelson, and Dr. Merlin to be good men who are committed to family, to community and to their country. They are the promise of Honduras. 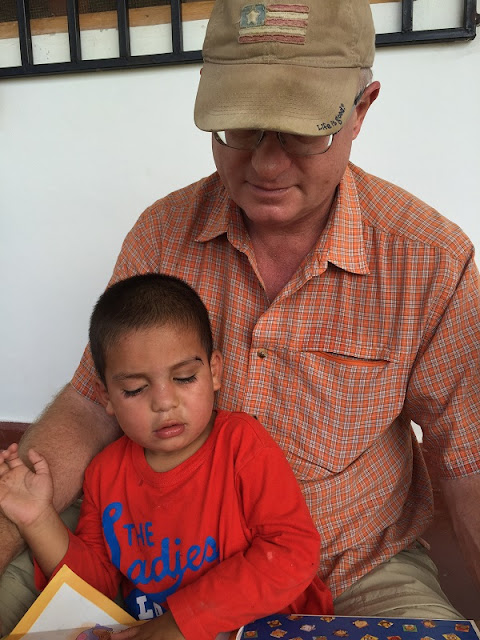 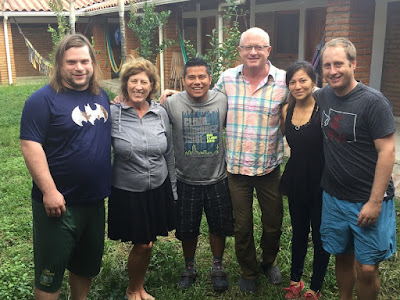 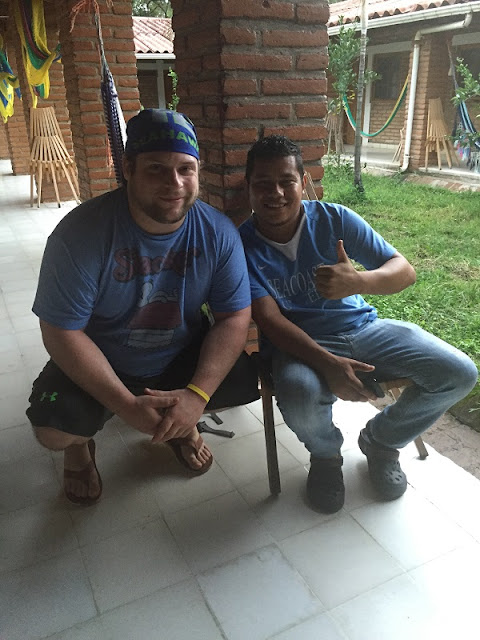