My name is Melissa Hoyt. I am 26 years old, and I am mother to seventeen boys: Gustavo, Alejandro, Rafa, Gerardo, Diego, Bruno, Pedro, Zeferino, Carlos, Chucho, Jesús, Galileo, Benito, Daniel, Ivan, Emmanuel, and Ulises. They do not have my genes, my hair, or my skin tone. They do not speak my native language, or for that matter, know much at all of the United States. However, for all practical purposes, in their eyes, I am mommy. Let me start at the beginning of my story. 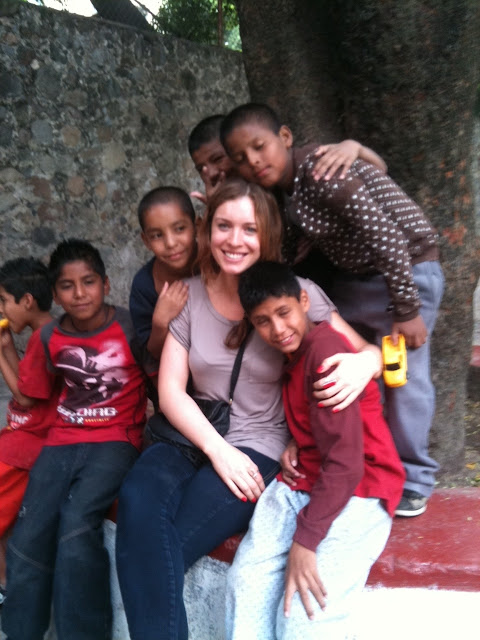 Melissa with the boys.

Nearly ten years ago my parents signed our family up to host a group of the touring folkloric music and dance group from NPH at our home, to be a sort of multi-cultural learning experience. The day those pequeños stepped foot in our house, my family unexpectedly began on a path that none of us had imagined. We fell in love with the children, with their smiles, their dances, and within one year we visited the orphanage in Mexico ourselves, needing to see who and what was responsible for these remarkable children who had entered our lives. We continued visiting over the course of my teenage years.


Fast forward to my college graduation from Northern Arizona University. I was lost and without a plan when my older brother Christopher, who was in his second year volunteering at the orphanage, invited me to spend a few weeks with him planning summer activities for the 600 kids who would soon be out for summer. I hurriedly accepted the offer. I had visions of myself basking in the Mexican sun, playing all day, and of course, enjoying the Coronas. On May 26, 2006 I arrived in Miacatlan and my connection with Nuestros Pequeños Hermanos was only intensified. 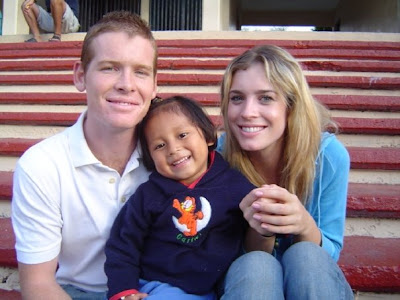 Melissa with her brother, Chris, and Chavelita.
I entered the hacienda that has been home to orphaned, abandoned, and abused children since the late 1950’s. A now reformed sugar plantation originally constructed in the early 1800’s, I could feel years of history seeping from every inch. I can still to this moment smell the mango orchards, hear the splashes and children’s laughter from the pool, and feel the heat from the tortilla factory as I passed it for the first time. I hurriedly applied to stay on as a volunteer caregiver, and now I stand here as mommy.


I remember with exact precision the day I walked into the Chicos section of the home where I was placed as a volunteer. The dormitory for the six-, seven-, and eight-year old boys, I was instantly attracted to the never ending energy, the little voices, the large personalities. I met Gustavo, a six-year old boy whose father had abandoned him and his five siblings and whose mother was serving a seven year sentence in prison. I can hear his laughter. I met Zeferino, a seven-year old boy who had been found wandering in the mountains alone, face covered with sores and feet swollen and covered with blisters. His first day in our home was the first time he had ever worn clothing or shoes. I can still feel his joy from each time we went to soccer lessons. I met Bruno and Pedro, six and seven years old, two brothers who had spent their earliest years begging for money on the streets, abandoned by their mother and abused by their alcoholic father who would not give them money for food. I can still hear their excited voices as we prepared a picnic. 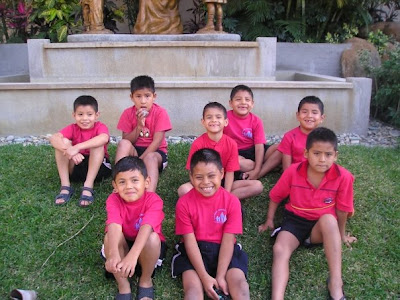 My duties while in Mexico included becoming encargada (house mother) to over twenty young boys over the course of two years. Dentist appointments, doctor visits, consoling hugs, homework, picking the almighty dreaded onion out of food, showers; it was all fair game. I passed to their beds nightly, dispelling rumors of ghosts living in the bathroom, of the monsters on our rooftop, closing doors and ensuring that I would be there until they were fast asleep. 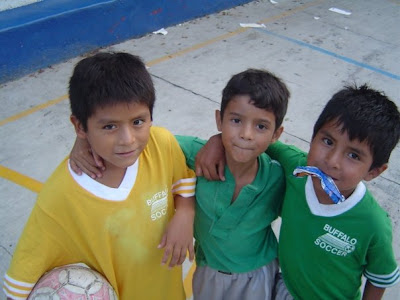 I recall my beginning days in Mexico, days lost among Spiderman, Batman, lost shoes, squirt guns and sling shots, the shock that laundry could be dried on rooftops and the inexistence of dryers, the first day Gerardo hugged me in a moment of fear and said “mi mama,’ or “my mom.” Taking their first photos after disembarking their first waterslide, their birthdays, first championships, first sleepover, first hugs after realizing that there were no visitors on family day, first lost tooth, first knocked out tooth, first time a scorpion was “accidentally” placed on my shoulder, first time I heard the unexpected comforting words, “I love you, mom.” 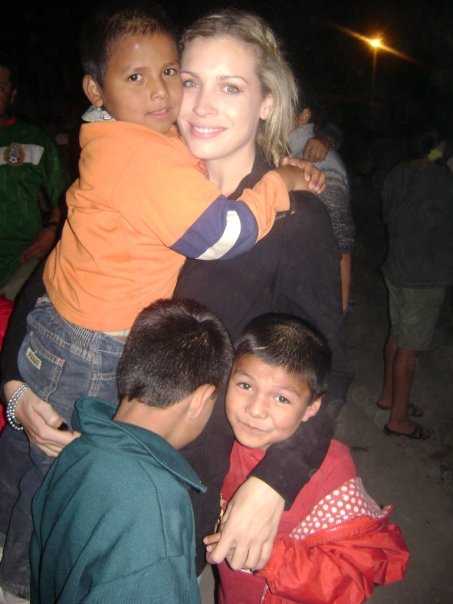 Melissa with Alejandro, Gerardo and Daniel.

My original six week stay had turned into one year, then one year and a half, and finally, after two years I returned to the States. I contemplated how I could justify leaving these children who I loved as if they were my own, these children who had been abandoned so many times in the past. I decided that I could justify leaving the pequeños if it meant I dedicated myself to a greater cause, one that would enable me to continue supporting this organization in any way that I could. I moved directly from Mexico to Chicago to attend DePaul University and pursue my Masters in International Public Service, focusing in global leadership development. I now work for Friends of the Orphans overseeing our Child Sponsorship Program, which pairs donors with the children in our homes who are in desperate need of your encouraging words and mentorship. My older brother Chris extended his one year volunteer contract in Mexico to three years and now works for a non- profit in Kansas City. My younger brother Michael is currently living at NPH Mexico and is a caregiver for the 14 and 15 year old boys. My younger sister is planning on volunteering after her college graduation, but in typical youngest child fashion, she is rebelling just a tad and pursuing NPH Guatemala. My dad became so heavily involved in helping to fundraise for Friends of the Orphans that they finally just hired the guy and for the past seven years has been the Regional Director of our Southwest office. If you had asked my parents ten years ago when they signed us up to host the kids if they could have imagined the path our lives would take, they would tell you absolutely not, but what a wonderful addition to our lives this has been. In fact, I called my dad to ask for a brief reflection on our families ties with NPH and he poignantly remarked “we opened our homes and they opened our hearts.” 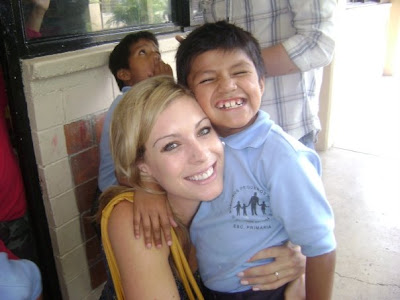